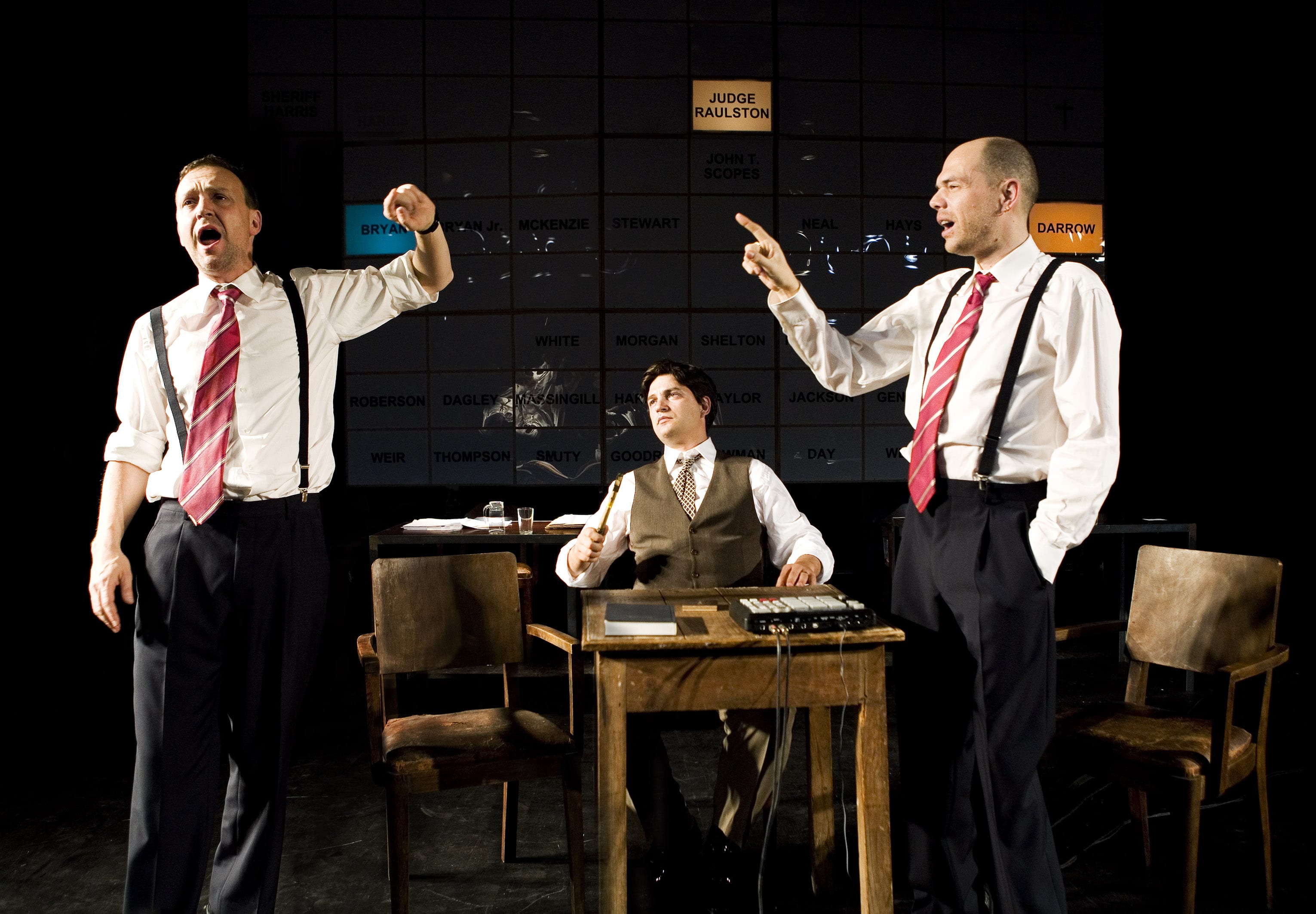 “I believe God did create the world. And I think we’re finding out more and more and more as to how it actually happened”.
George W. Bush, interview in U.S. News, 6 December 1999

“You can’t make a monkey out of me”, sings a voice on squeaky old vinyl. On a screen running the entire width of the stage we see smartly dressed men wearing cane hats as protection against the scorching sun, moving jerkily to and fro in a black and white film.

Dayton, Tennessee, 1925: John Scopes, a young biology teacher is accused of breaking the law because he taught the theory of evolution to his classes. Dubbed ‘The Monkey Trial’, the case became a clash of the titans between fundamentalism and modernism, religion and science, dogma and intellectual freedom.

“The result is a sometimes hilarious exposition about biblical improbabilities in a battle fought by he-men who have right on their side. It is a rhetorical battle, as bombastic as it is futile, as the anticlimax of the eventual verdict shows, but it is also a disturbing portrait of the arbitrariness of ‘justice’. The direction and the wonderful performance by the three actors as well as the surprising topicality of the material make this play an absolute must”. Elke Van Campenhout, De Standaard