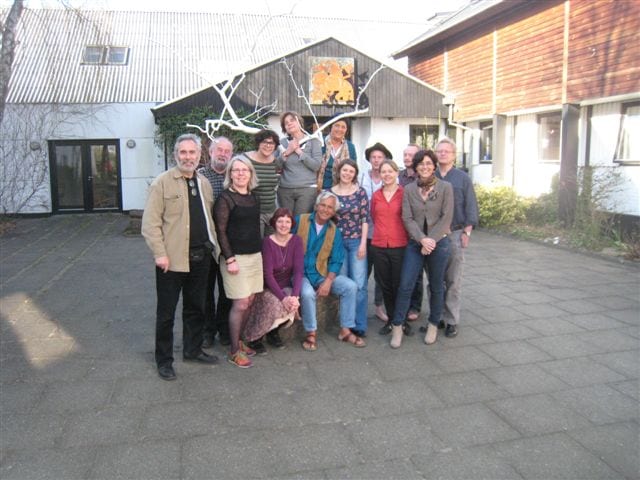 Click here to find more information about the project on the project site/blog, including links to the project partners and details of meetings in Aberystwyth, Wales, Wroclaw, Poland, and Holstebro, Denmark, and the final conference event in Falmouth.

General Information about the project’s aims:

The laboratory theatre tradition , which can be dated from the studio theatres of Russia in the 1920’s, has long embraced a complex matrix of concerns – societal, ideological, political, philosophical, psychological, aesthetic – and has played a key role in the worldwide development of knowledge and practice in the theatre, and across the cultural industries. The experimental methods and environments advanced by the great theatre reformers of the 20th century – Meyerhold, Copeau, Artaud, Osterwa, Brecht, Craig, Appia, Grotowski, Mnouchkine, Brook, Barba – have been adapted and transformed by national theatrical traditions across Europe and transmitted around the world.

The Laboratory Theatre Network will ask how theatre laboratories have experimented with form and content in the social and communal function of theatre by generating innovation in technique/craft, application, and aspiration. It will investigate how laboratory theatres have carved out ‘liminal’ (betwixt and between) experimental spaces in relation to both mainstream professional theatre and the disciplines of theatre/performance studies and how, as such, they are in precarious and often isolated positions in the current geopolitical and economic climate. This Network intends to assess recent histories of laboratory theatre and to examine current independent configurations before collaboratively proposing new modes of experimental practice.