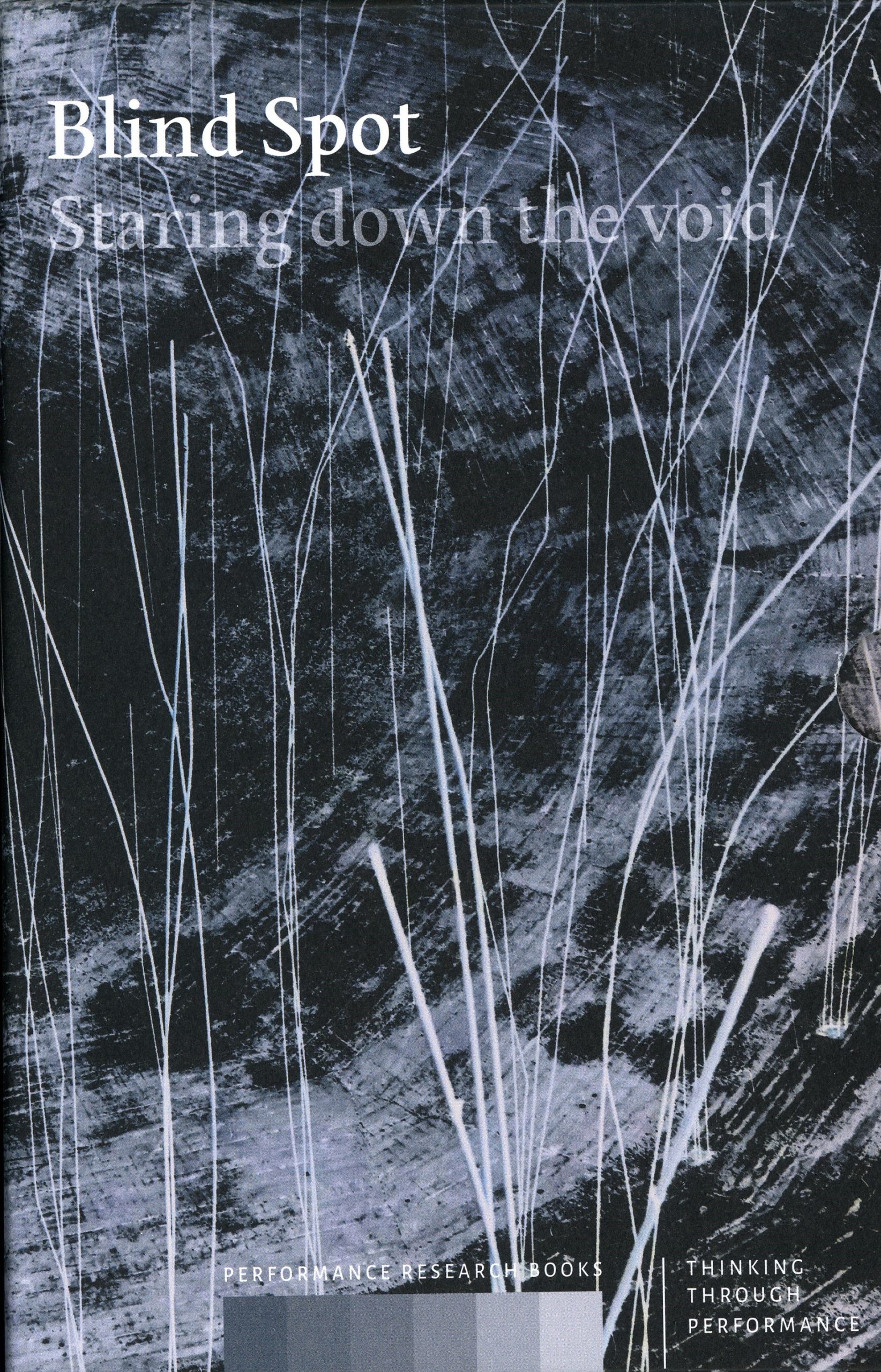 Edited by Ric Allsopp and Karen Kipphoff, the publication forms part of the Performance Research Books series, ‘Thinking Through Performance’.

Blind Spot: Staring down the void is in two parts contained in a slipcase. Part 1 is a reference pamphlet with an editorial introduction, a catalogue of artworks, an overview of the parent research project and notes on contributors. It also includes a list of the references to Ric Allsopp’s introductions to the five sections of Part 2. Part 2 is a concertina-bound book of commissioned essays on the theme of the blind spot, with artworks by Karen Kipphoff. The design and layout of Part 2 enable two panoramic spreads to open out across the three rector and two verso sections of the concertina binding. As a standalone, Part 1 can be read as a map to Part 2.

Purchase a copy via the CPR online bookshop.